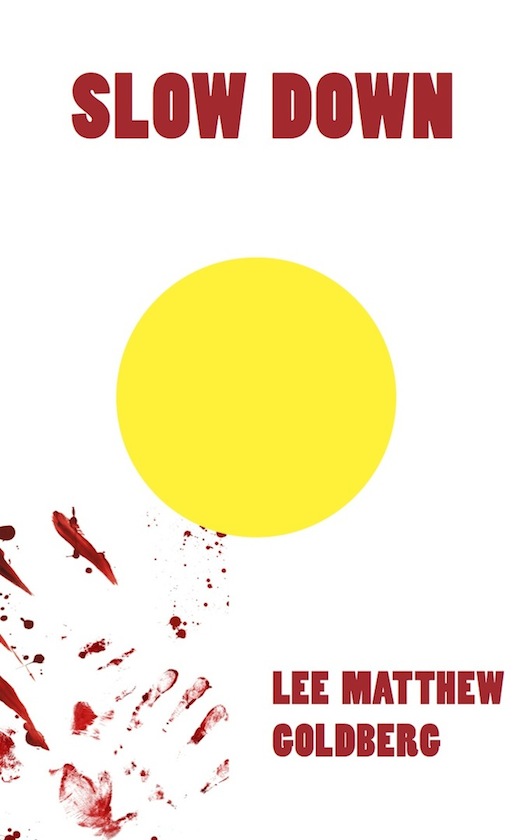 How far would you go to make your dreams come true? For budding writer and filmmaker Noah Spaeth, being a Production Assistant in director Dominick’s Bambach’s new avant-garde film isn’t enough. Neither is watching Dominick have an affair with the lead actress, the gorgeous but troubled Nevie Wyeth. For Noah’s dream is to get both the film and Nevie in the end whatever the cost. And this obsession may soon become a reality once Dominick’s spurned wife Isadora reveals her femme fatale nature with a seductive plot to get rid of her husband for good.

Set against a New York City where a drug called Fast sweeps through the streets and tattoos of yellow circles appear on a flood of glamorous girls, Slow Down is a cross between the noir styling of James M. Cain and the dark satire of Bret Easton Ellis.

It’s a thrilling page-turner that holds a mirror up to a media-saturated society that’s constantly searching for the fastest way to get ahead, regardless of consequences.